One of the myriad ways in which mechanical engineering, my chosen field of endeavor, differs from economics is how mechanical engineers make complex things simple.  Economists on the other hand take simple things - with transparently obviously truths - introduce a host of unnecessary complexities, and produce bogus results. The propensity of economists to do this will be demonstrated here by their inability to reconcile increased productivity with lower prices.

While the aerodynamic design of an aircraft wing is complex and requires all sorts of advanced analytical techniques, the physics of how a wing generates lift is very simple.  Figure 1 shows a piece of paper hanging over a table edge.  Of course, the force of gravity causes the sheet of paper to sag.  However, if a stream of air is passed over the sheet of paper, the sheet of paper no longer sags; it lifts into the air.  What is happening is the high speed flow of air above the paper reduces the 'static' pressure above the sheet.  The static pressure below the sheet remains what it was when there was no flow of air.  The pressure differential between the bottom surface of the paper and the top surface of the paper generates a lifting force  Its a subtle point, but an airplane isn't really pushed up into the air; instead its 'sucked up' into the air. 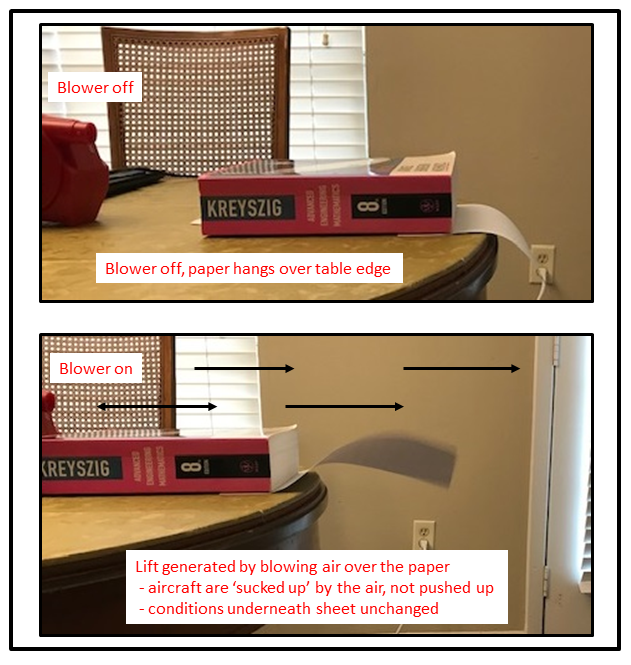 Often times, something is true while being counterintuitive.  In these cases, a very subtle truth is hidden and requires great care to discern.  There is no subtle truth in the widespread contention among economists that productivity gains can't produce lower prices.  Instead, the notion is transparently false, and this will be demonstrated by describing some of the enormous gains in productivity that have been achieved in different industries..

In economics, inputs can be broken down into land, labor and capital.  For the sake of the discussion here, we'll ignore how economic inputs are distributed to produce the various economic goods that are in demand.  (As discussed in last week's article, prices and profits do the best job of optimally distributing these economic inputs, (1))  So, rather than discussing productivity as an economy-wide or nationwide phenomenon, we'll discuss productivity here in the context of specific industries; namely, food, transportation and energy.  Figures 2-4 describe the enormous improvements in productivity that have been seen in the production of wheat, airline travel and electricity generation.

At the turn of the 20th century, a farmer would need one day to harvest an acre of wheat with a wheat cradle.  The wheat would then need to be threshed with a flail and winnowed.  So, after a few days of backbreaking effort, the farmer might have about 1500-lbs of wheat, capable of making about 1750 1-lb loaves of bread.  This farmer's modern counterpart sits in an air-conditioned cab of a Deere X9 Series 1100 combine and harvests 300-acres of wheat in a single day.  The wheat is automatically threshed and winnowed.  In addition, because of improved agricultural yields, these 300-acres will produce 720,000-lbs of wheat enough for 840,000-loaves of bread!  So, measured on the basis of effort at harvest time, wheat farmers are almost 500-times more efficient now than they were then!  (Figure 2) 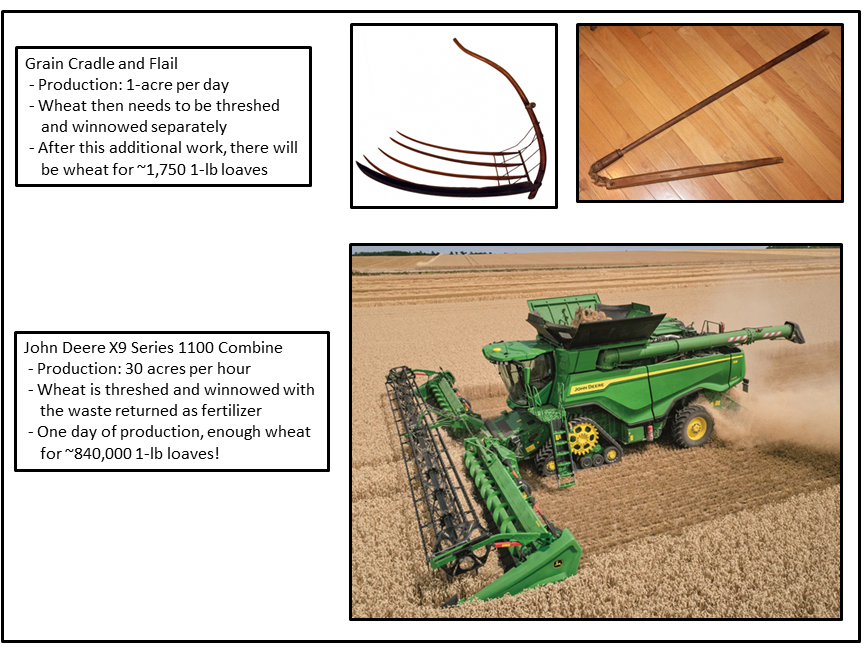 Figure 3 introduces the same sort of productivity improvements but greatly compresses the time period at issue.  The DC-3 - which flew in World War II as the C-47  and in the Vietnam War as the AC-47 gunship - was introduced in the 1930s.  The 747 first flew about forty years later and represented a quantum leap forward compared to the C-47.  The 747 could fly three-times as fast while carrying twenty-times the number of people.  Far more people could fly further and faster in a 747 than they ever could have hoped to travel in a C-47. 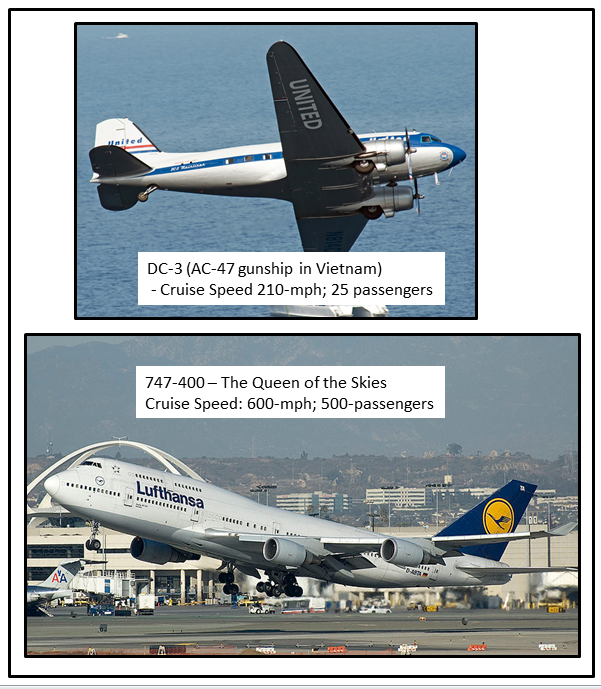 Figure 4 describes the productivity gains generated in the linchpin industry of all modern societies, electricity generation.  Figure 4 shows a coal fired power plant and the natural gas fired combined cycle plant which replaced it.  The coal plant was a sub-critical design and would convert about 30% of the chemical energy in coal into electricity.  In contrast, the natural gas powered plant - by using a combination of a gas turbine and a steam turbine in a 'bottoming' cycle - would convert at least 55% of the chemical energy in natural gas into electricity.  Moreover, the combined cycle plant generates almost three times as much power as the coal plant and need less land and labor to do it! 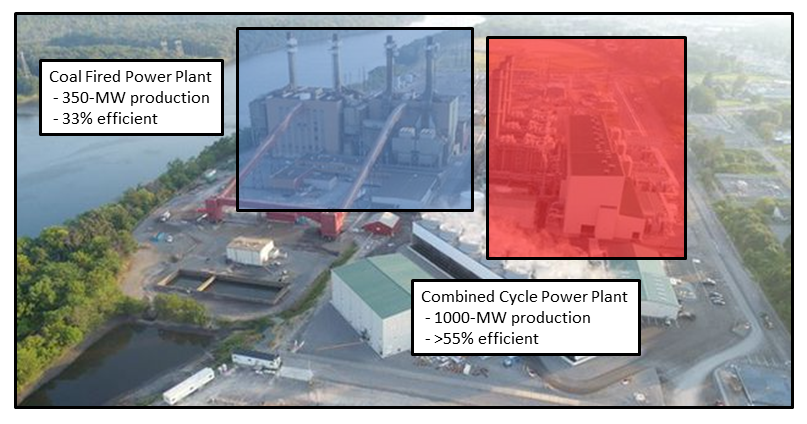 CONCLUDING REMARKS:
The failure of economists to understand even a basic concept like productivity is hardly the only example of economists getting things wrong.  The spectacular collapse of two US asset bubbles - the first in tech stocks, (2000), and the second in housing (2008) provide additional examples.  The collapse of these bubbles caught the entire economics profession completely by surprise.  Yet even after these bubbles burst and caused enormous economic hardship, the economics profession never revisited its theories as part of a broader effort to address the obvious shortcomings of these theories.  Again, a comparison with the mechanical engineering profession provides a useful contrast between the intellectually bankrupt field of economics with the rigorous professionalism of mechanical engineers.

In the early 1950's the British Overseas Aircraft Corporation, BOAC - the forerunner to British Air - introduced jet airliner travel to the world with the deHavilland Comet.  Even today, its a breathtakingly beautiful design, distinguished by the four Ghost engines tucked into the wing.  See Figure 6.  However, not long after being introduced into commercial service, the Comet suffered a rash of failures, all of which included the aircraft completely breaking apart during flight.  The fleet was grounded and the entire British aviation establishment mobilized to determine the cause of the failures.  As a result of an enormous amount of effort, the cause was identified and the design defects corrected. (3) The Comet's design was modified and the plane flew in modified form as the 'Nimrod' until 2011 as a maritime patrol aircraft for the RAF.

Revisiting your mistakes requires a sense of humility and humility is a virtue in exceedingly short supply among economists. 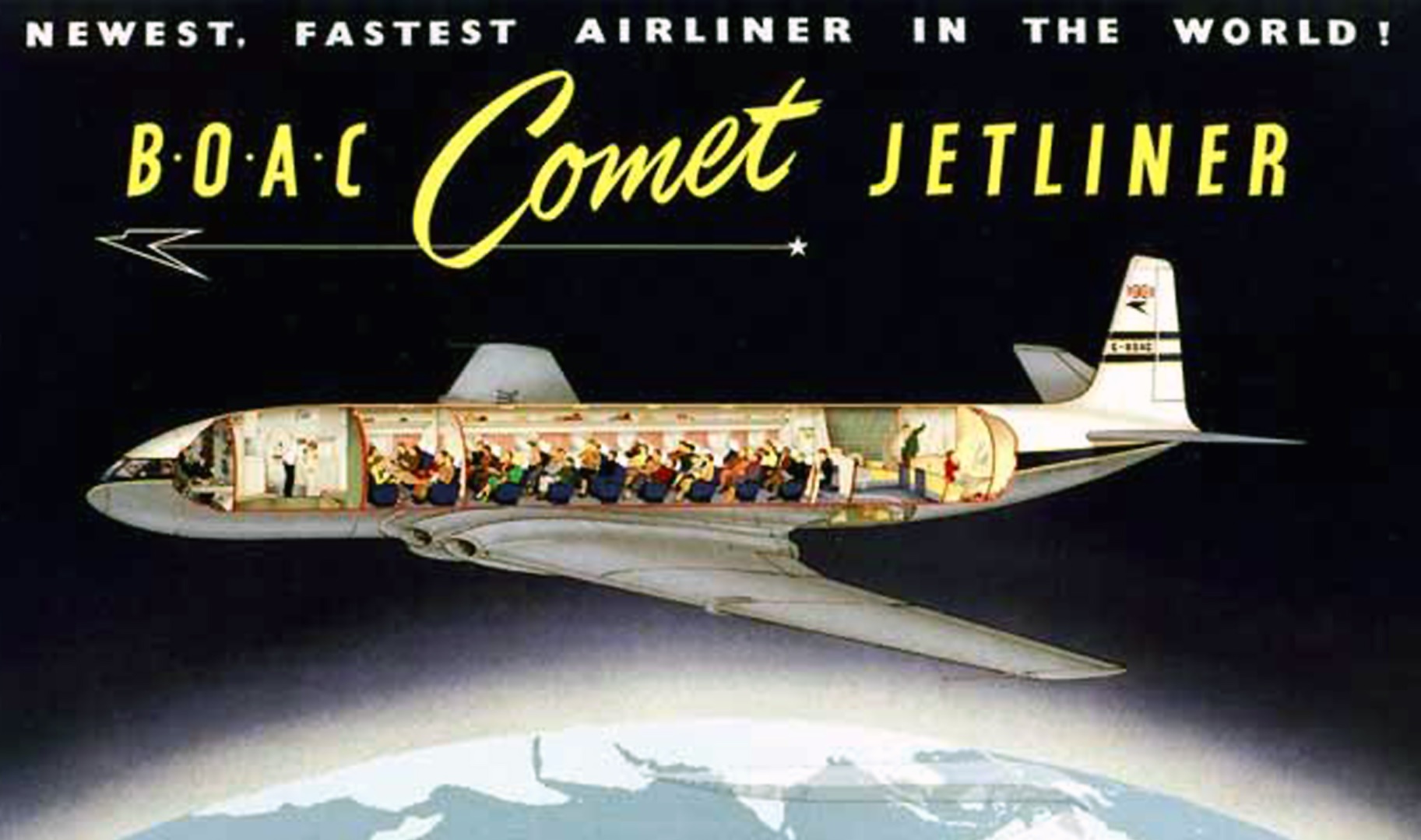 3.  This article discusses the Comet investigation in detail.
http://www.the92ers.com/blog/sure-economists-have-sunk-world-just-be-happy-they-dont-design-airplanes