This past week - on January 29th to be exact - Bill Dudley, Goldman Sachs' former chief economist, the former president of the Federal Reserve Bank of New York and now a visiting 'scholar' at Princeton's economic department, dismissed the notion Federal Reserve policy was behind the stock market's relentless advance.  In an interview with Bloomberg, Dudley said, "The notion that the Fed's actions are fueling a stock market bubble isn't supported by how the Fed's T-bill purchases are affecting short-term interest rates or how the Fed's actions are increasing liquidity in the financial system."

Before examining the historical precedent for Fed profligacy fueling a stock market bubble, some perspective on the stock market's current valuation is in order.  Among the best indicators of stock market valuation is the ratio of the total market capitalization of stocks to the country's gross domestic product (GDP).  Currently this ratio just surged past its previous all-time high from the peak of the tech bubble and stands at a whopping 153%. (1)  The current valuation of stocks is in completely uncharted territory.  To Bill Dudley it is a mere coincidence that the policies of the Federal Reserve are in uncharted territory as well. 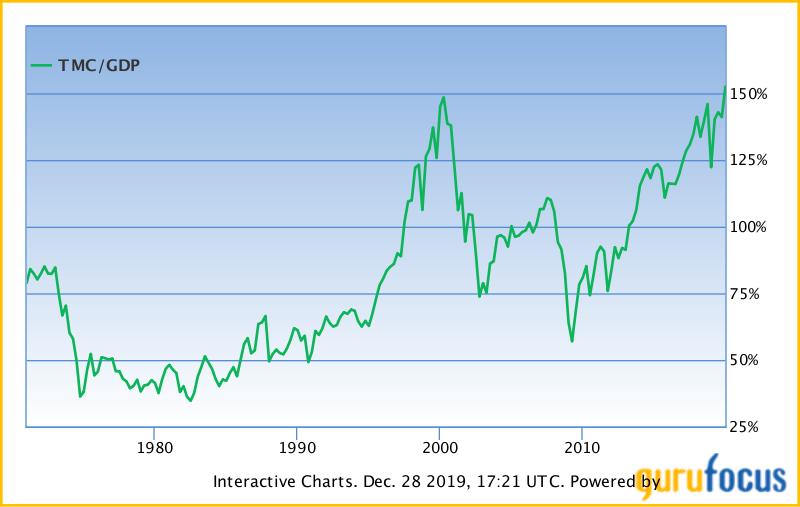 Bill Dudley's head in the sand approach to central banking wasn't always the case.  In fact, the 1920s stock bubble and the reaction - belated though it was - by the Federal Reserve to it provides a meaningful contrast with Bill Dudley's cavalier approach to today's soaring stock market.  Item 14 on the Timeline plot below refers to a series of actions by the Federal Reserve to combat what it called 'seepage' of credit.  The Fed coined the term 'seepage' to describe how bank credit, ostensibly to advance legitimate enterprise, got sidetracked and was used to fund stock market speculation instead. 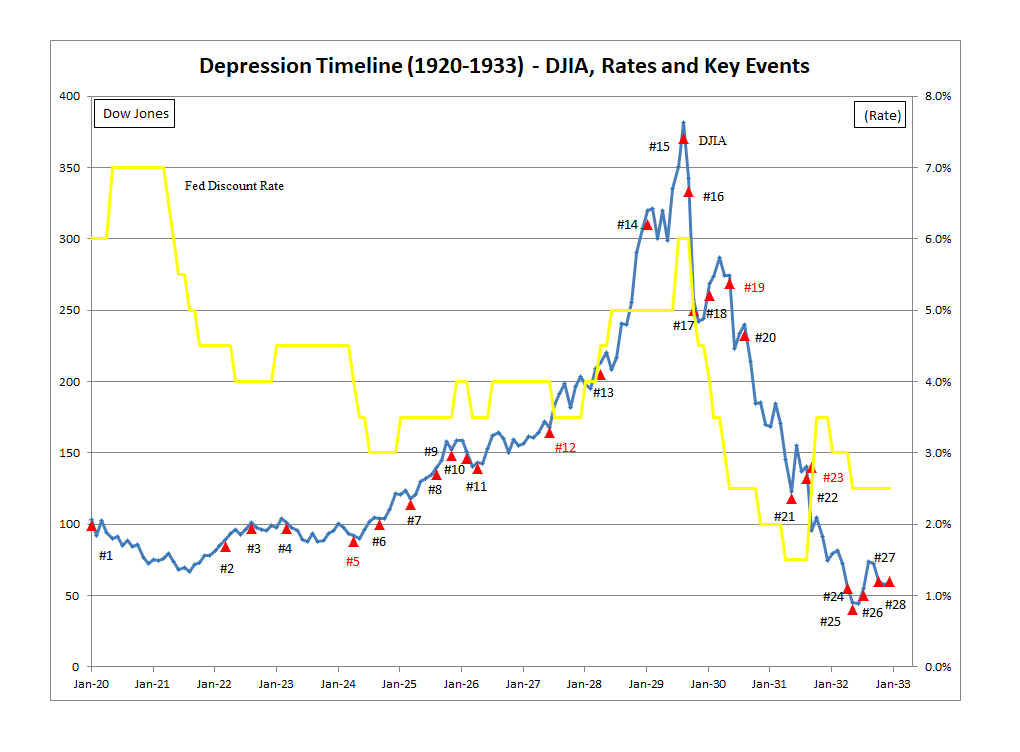 Throughout the 1920s, the Fed, in the person of Benjamin Strong, had regularly intervened in credit markets to advance UK interests.  This policy culminated in the disastrous Long Island conference of central bankers in July 1927.  A contemporary of Strong - and fellow Federal Reserve member, Adolph Miller - called the policies enacted at the Long Island conference "the father and mother to the subsequent 1929 collapse." (2)  Strong had dominated Federal Reserve policy but he died in October 1928.  In Strong's absence, there was a belated attempt by the Fed to undo the damage that Strong's policies had obviously caused.  Nowhere was this damage more obvious than in the stock market which had been going straight up since the Long Island conference, see #12 in the chart.

One of the ways the Fed tried to undue the damage caused by Strong was through a policy of moral suasion.  The Fed, publicly and in letters to the Federal Reserve Banks, criticized what it called 'seepage.'  Examples of this include the following (3);

Of course, the monetary horse had long since left the barn and closing the gate now by warning about 'seepage' was far too little and far too late.  In the words of the great Murray Rothbard;
"Once the credit system has become infected with cheap money, it was impossible to cut down particular outlets of this credit without cutting down all credit, because it is impossible to keep different kinds of money separated in water-tight compartments.  It was impossible to make money scarce for stock-market purposes, while simultaneously keeping it cheap for commercial uses.  When Reserve credit was created, there was no possible way that its employment could be directed into specific uses, once it had flowed through the commercial banks into the general credit stream." (4)

The failure of the moral suasion policy against seepage notwithstanding, once the baleful influence of Benjamin Strong had been removed, there was a recognition on the part of the Fed that its policies had been disastrous.  In particular, these policies had fueled an enormous asset bubble in stocks and real estate, while simultaneously distorting the entire national economy.  This recognition - which was of course proved by the events of October 1929 - is in complete contrast to the sentiments expressed by Bill Dudley.  A few weeks ago, I contrasted how engineers learn from the mistakes of the past and used the example of the de Havilland Comet to demonstrate this. (5)  The evidence provided by Bill Dudley's interview from this week proves that economists and central bankers don't learn from the mistakes of the past.