At first glance, the Flint Water Crisis would appear to have little to do with the financial crisis.  However, additional reflection shows both crises share many common features.  The most immediately obvious common feature is the Federal Reserve.  The Fed played a major role in the financial crisis by slashing interest rates after the tech bubble burst.  This policy of ultra-low rates- which lasted for years – help to fuel the terminal phase of the housing bubble.  More generally, the Federal Reserve has played a leading role in the financialization of the US economy and the attendant deindustrialization of the US economy.  Nowhere is the deindustrialization of the US economy more visible than in scores of formerly prosperous cities throughout the Midwest that were built up around the auto industry.  Flint, Michigan is perhaps the archetypal example of these cities.  Even a Fed chairman must realize that if Flint was still home to thousands upon thousands of well-paid autoworkers, then the Flint water crisis never would have occurred. 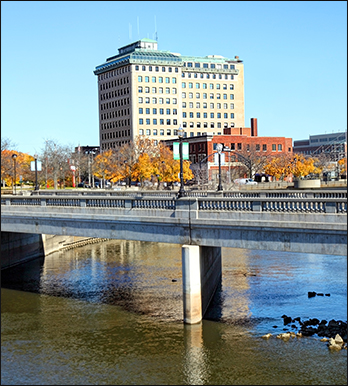 However, the most striking similarity between the Financial Crisis and the Flint Water Crisis is the reaction of the media and political elites.  In both crises, long-running causes were conveniently ignored.  Instead, the media and political elites seized on causes that advanced the narratives they were most interested in advancing.  This, of course, was no coincidence.  For example, the financial crisis has been dismissed as merely another example – in a long line of them – of capitalism’s inherent propensity to self-destruct, particularly in an atmosphere of deregulation.   In the Flint Water Crisis, it was just a single politician, Hillary Clinton, who seized the initiative to cast the crisis in just such a way to maximize the benefit to her floundering campaign for president.  As will be described here, Hillary Clinton attributed the Flint Water Crisis almost exclusively to racism, and the media subsequently endorsed, (and advanced), this view.

These aspects and others will be discussed here. Click to read the full document.