DISCUSSION:
Recently President Biden criticized ExxonMobil for making "more money than God."  I'm not a biblical scholar and I certainly don't speak Greek, Aramaic, Hebrew or any of the other languages it takes to become one.  As a result, I can't comment on the religious significance of the Alpha and the Omega being out-earned by a company that lost $30-billion two years ago.  What I can do is contrast how much ExxonMobil makes on each gallon of gasoline or diesel with how much the tin gods in government make.

In 2021, ExxonMobil made $24-billion and its daily oil production was around 3.7-million barrels.  There are 42-gallons in a barrel of oil - it's a long story why it isn't 55!  Gasoline and diesel are produced after oil is refined.  While all sorts of chemical reactions and separation process are employed in a modern refinery, not all the oil that enters a refinery is turned into gasoline or oil.  For the sake of discussion here, let's say 90% of the incoming oil is turned into either gasoline or diesel.  With all those preliminaries out of the way, we can estimate that in 2021 ExxonMobil was responsible for producing 51-billion gallons of gasoline and diesel (combined).  (3.7E06 x 365 x 42 x 0.9)

If we then divide up ExxonMobil's profits by these 51-billion gallons of gasoline/diesel, then ExxonMobil makes about 47-cents on each gallon of gas it makes.  (Note this assumes that ExxonMobil doesn't earn any profits from its large LNG operations, chemical production or lubricants.)  So, how does ExxonMobil's 47-cent per gallon profit compare with what the government takes in with each gallon of fuel that is sold? 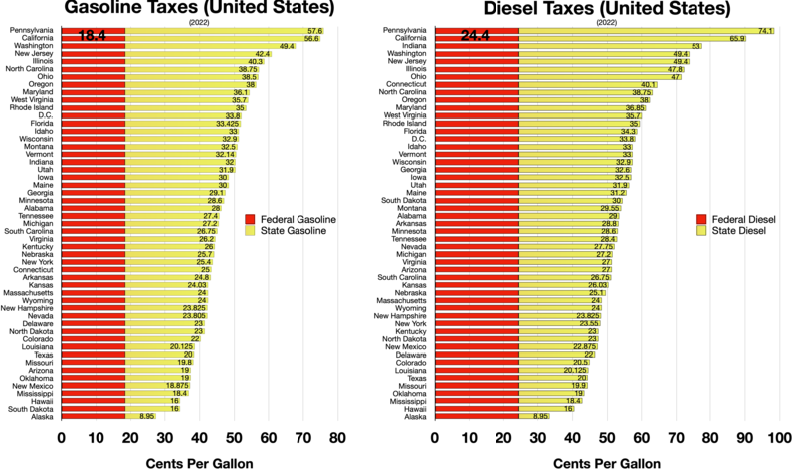 FIGURE 2: Federal and State Taxes versus ExxonMobil's per gallon profits for gasoline and diesel 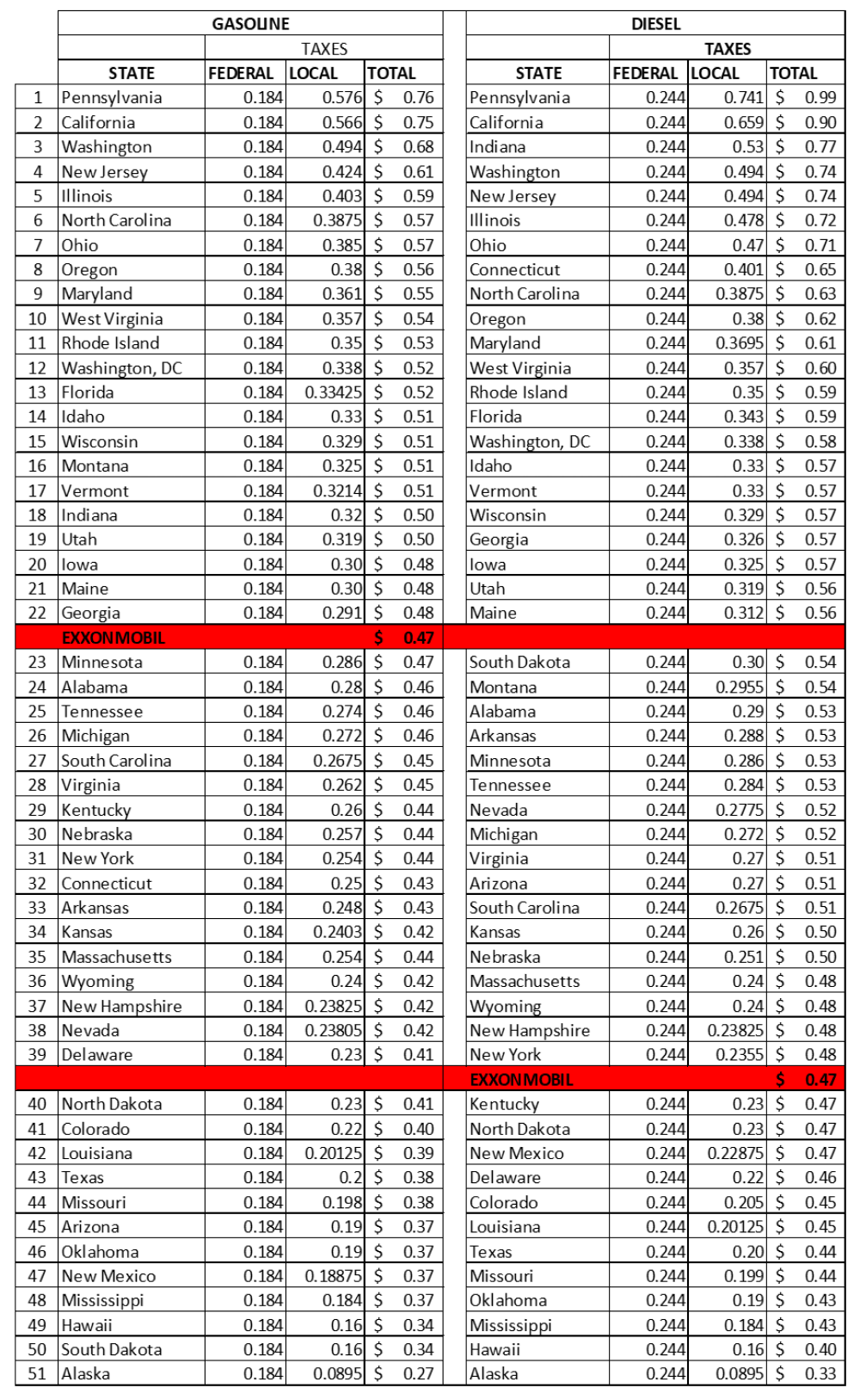 CONCLUDING REMARKS:
The analysis here is very crude and is designed to make a point rather than being audited in any sort of accounting sense.  Its crudity notwithstanding, the analysis makes clear that government - which doesn't do anything to take a noxious, foul-smelling liquid out of the ground and turn it into liquid freedom - makes as much or more money from transportation fuels than one of the most successful and longest-running energy companies.  It's something to keep in mind when a politician laments the earnings of oil and gas companies.