Over the last two blog posts - not the last two weeks because of my on-going move to Texas! - two fundamental aspects of money and wealth have been discussed.  First, wealth is not measured in money, it is measured in production, (03 FEB); and second, wartime spending is not a path to prosperity, (10 FEB).  Today's blog post ties these two foundational aspects of economics together and does so, in part, by invoking the example of Choco Pies.

When an economy goes on a war footing, all sorts of resources that were either directly, (consumer goods), or indirectly, (capital goods) satisfying the demands of consumers are forced into the production of armaments.  This occurs even when there are slack or unutilized resources.  Of course, the classic example of this is the World War II era conversion of the automobile industry's production of cars and trucks to tanks, bombers and fighter planes.  As a result of this type of industrial conversion, fewer consumer goods are available for purchase, regardless of how much extra money might be floating around the economy as a result of everyone working to build weapons.  (Note - for years on end during World War II and despite round-the-clock production - GM and Ford didn't build a single vehicle for consumers.)

Money has two functions - a store of value and a means of exchange.  When there are few consumer goods available for purchase, money has limited value as a means of exchange.  By increasing the amount of money in circulation without increasing the amount of consumer goods available for purchase, a rearmament program relies on people never realizing that, in spite of their increased paper wealth, they are unable to purchase the consumer goods they desire.  This disconnect between paper wealth and economic well-being has a practical consequence during rearmament - the rationing and price control programs that always accompany large scale rearmament.

The shortage of consumer goods then forces the government to set up a rationing system to limit the number of goods people can purchase.  Money no longer limits what people can buy; the government's rationing program does.  Of course, this glut of money and dearth of goods contributes to the black markets which thrive whenever people have lots of paper money and few things available for purchase.  (1)  This completely unremarkable chain of events was described by the great Wilhlem Ropke as;
"The greater the amount of unsatisfied demand, the more numerous will be the subterfuges used to circumvent the maximum prices and the bolder will become the disregard for the law.  Black markets, under-the-counter deals, illegal currency transactions - a thousand years' experience has shown that these things accompany price controls as shadows do the light." (2) 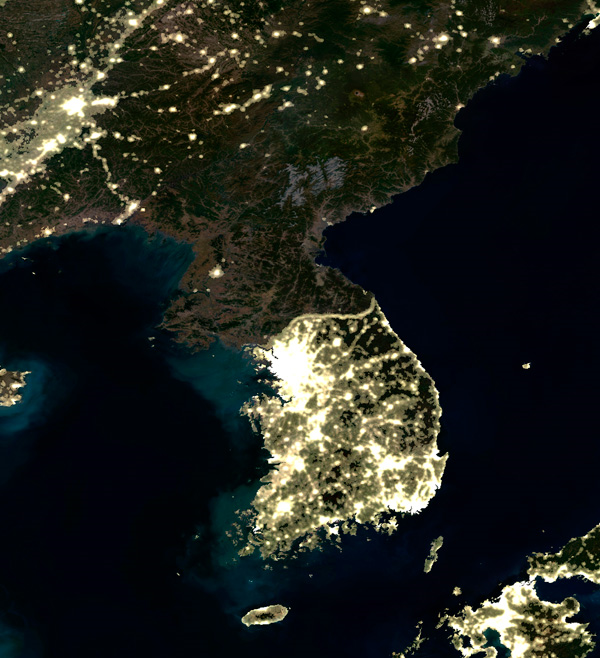 Because so much of North Korea's already meager production is dedicated to armaments, the average North Korean citizen is in a similar economic circumstance to that of the average American factory worker during World War II.  Namely, in both circumstances, workers have far more paper money than they have goods to spend it on.  As a result of this economic dynamic, "Choco Pies," cakes with marshmallow filling and chocolate icing have become an unofficial currency in North Korea! (3)  Choco Pies are used to obtain goods that simply are not available at any price in the official North Korean currency.

As funny as it sounds, Choco Pies have many attributes of a strong currency.  They are in high demand and have an intrinsic value that does not require a central authority to establish by fiat or legal tender laws.  They are easily transported, and can be divided into smaller parts to complete transactions of any size.  Because they will eventually be consumed, the supply of Choco Pies remains limited which keeps their value constant.  Indeed, the contemporary example provided by Choco Pies in North Korea is very similar to the historical example of cigarettes in post-war Germany.  As a result of becoming a rival to their own state-issued currency, the North Korean authorities are reducing the production of Choco Pies to ensure that people only have enough snack cakes for their own consumption and not enough to conduct transactions!  As the case of Choco Pies again shows, money only has value when it can be used to exchange for the goods you desire.

It would appear that North Korea's ruler, Kim Jong-Un, has a better understanding of economics than Paul Krugman (4) or any of the other myriad PhD economists who measure wealth in money, or believe war produces a great benefit to an economy.  Unlike his grandfather or father before him, he realizes the tremendous price the North Korean people continue to pay as the economy remains on what would appear to be a wartime footing.  In the US, World War II lasted just less than four years and the economic impact on the country was enormous.  It would appear that North Korea has been preparing for the next war ever since the Korean War ended in 1953 - over 65-years ago!  It is difficult to even comprehend what life must be like for the average North Korean after so much squandered effort, even with the benefit of the satellite image above.  If the current negotiations with North Korea ever bear fruit and the North Korean people gain access to ideas long kept from them, then one idea that will surely elicit guffaws of laughter from the North Koreans will be the notion that there is an economic benefit to preparing for war.

Also, if you like what you read, hit the 'upvote' link below.

(1) Hans. F. Sennholz, Age of Inflation, Western Island, Belmont, MA 1979, p. 98.  Here Sennolz describes how at the end of World War II in Germany, consumer goods became available without ration cards but at prices considerably higher than those set by the occupation authorities.  However, it took "Vitamin B" ('Beziehungen', relationships) or Vitamin C in English ('Connections')

(4) Dunce biography of Paul Krugman and a brief discussion of his notion that preparing for a war against aliens will produce a great economic benefit, http://www.the92ers.com/dunce/paul-krugman