It is hard to believe, but it has been almost twenty-years since the 'most-wanted' Iraqi playing cards were issued by the Defense Intelligence Agency (DIA).  Recall, this deck of cards was comprised of Iraqi officials wanted by the coalition then governing Iraq.  The cards were arranged so that the most wanted officials had the highest face value cards.  Most famously, Saddam Hussein was designated the ace of spades, while his two sons were assigned the ace of clubs and ace of hearts respectively.

If a similar deck of cards were comprised of those people most responsible for causing the 2008 financial crisis and 'financializing' the US economy it would be very special deck of cards.  Rather than being comprised of aces, kings, queens, etc..., the deck would be comprised of nothing but jokers!

In the figures below, most wanted cards for a handful of financiers, economists and central bankers have been compiled.   In spite of all their easily documented blunders - only a few of which are described here - all these 'jokers' saw their reputations grow after the 2008 crisis - a crisis they did much to cause.  Here is a sampling;

Austan Goolsbee and Fredick Mishkin (both have PhDs from MIT) 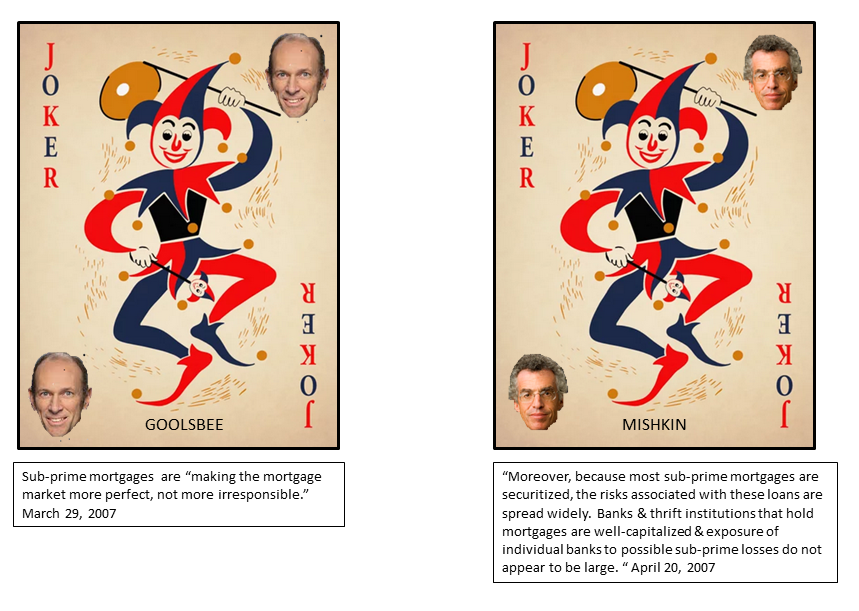 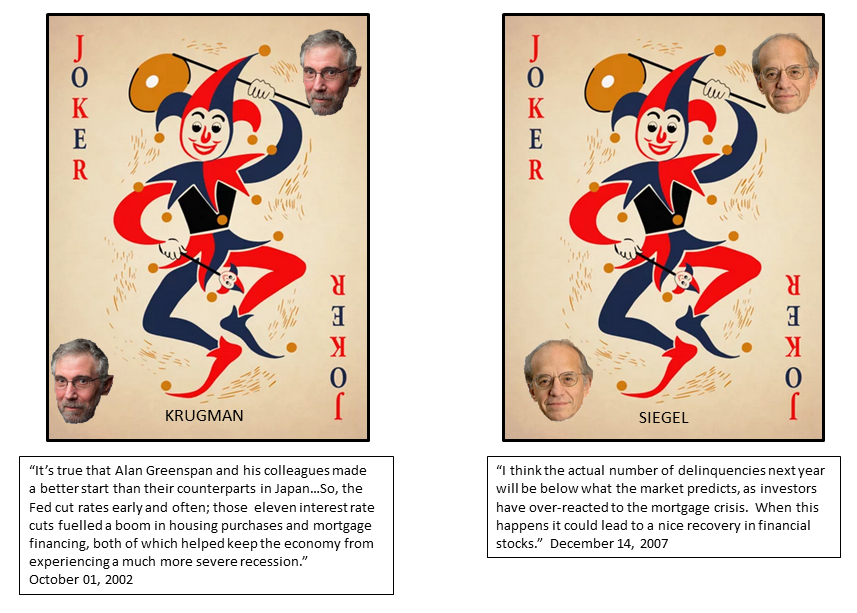 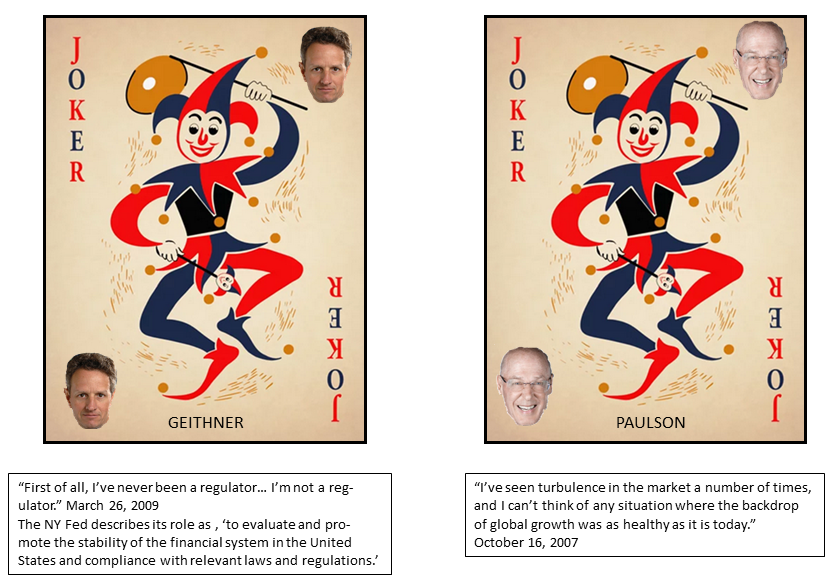 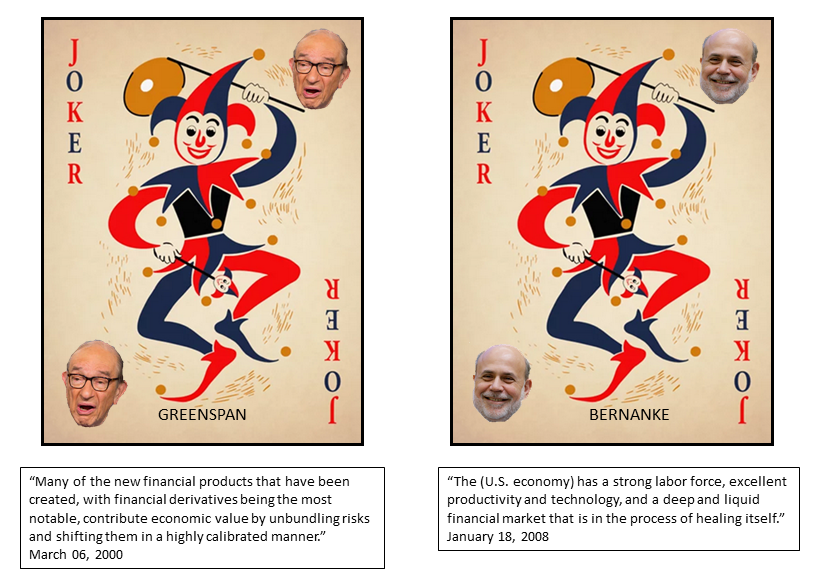 A little bit of a different approach than the blog posts I typically write.  I hope everyone likes it and thanks for the positive response to last week's article.