DISCUSSION:
On July 25, 2000, Air France Flight 4590 crashed after attempting to depart Charles de Gaulle Airport.  All 109 passengers and crew were killed and four people perished on the ground.  As a result of the investigation into the accident it became clear that the Concorde - her breathtaking beauty and elegance notwithstanding - suffered from a fatal flaw.  Specifically, an event which could be expected to occur - a burst tire - could lead to an unrecoverable and irreversible chain of events ending with the loss of the aircraft and everyone on board.

Rather than going into an exhaustive description of the Concorde's design and the details of the investigation, the two lists below provides sufficient understanding of the decisions and compromises that drove the plane's design and made it prone to the type of accident she suffered in July 2000. 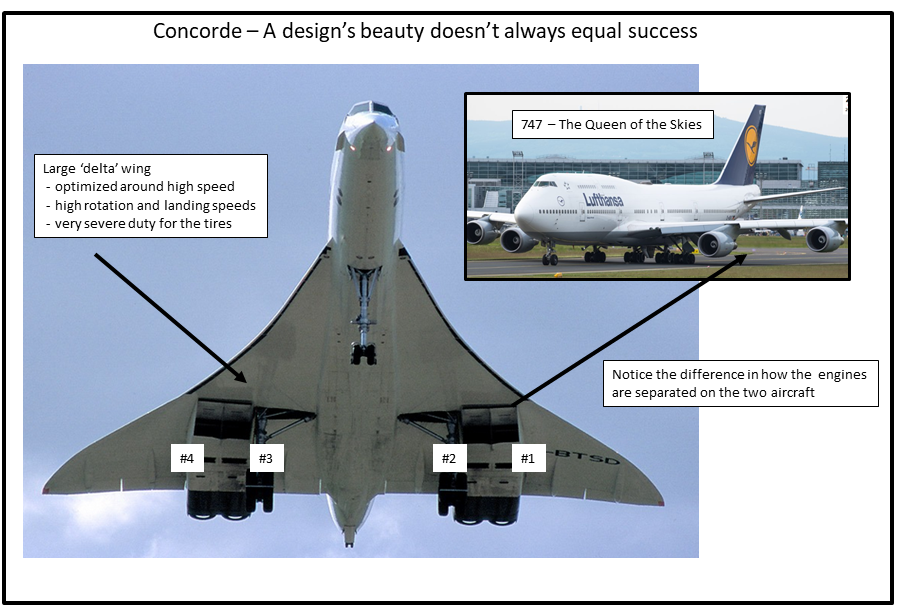 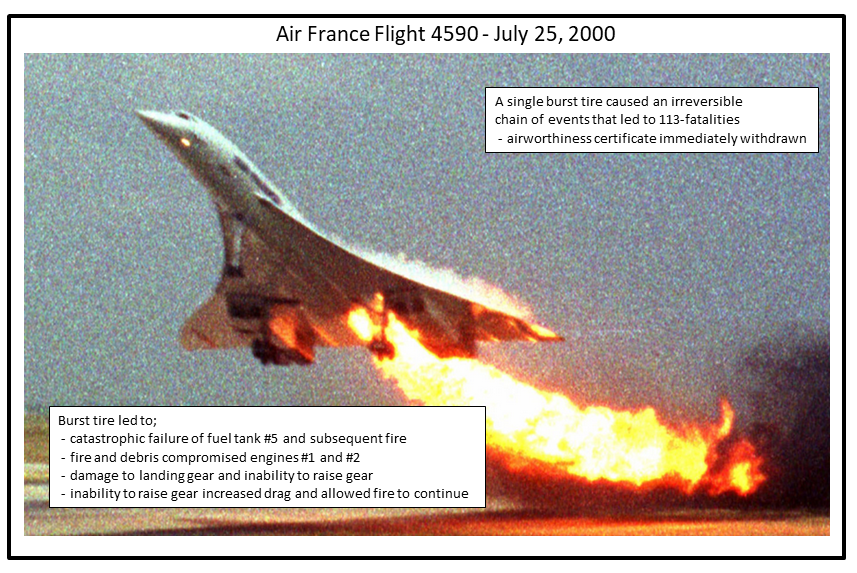 A mere 121-seconds elapsed between the start of Concorde's takeoff roll and her crash into the earth.  Once the tire burst, there was nothing the aircrew could do to the save the plane and the people on-board.  As a result of the fact that a simple tire failure could lead to the loss of the aircraft, Concorde's airworthiness certificate was revoked.

THE FEDERAL RESERVE'S 'LICENSE TO OPERATE'
The Federal Reserve suffers from a fatal flaw of its own and needs its certificate to operate to be withdrawn.  When the Fed was founded, we were promised a 'passive' central bank that would not attempt to interfere in the market.  Instead, the Fed would simply serve as a 'lender of last resort' and, in doing so, prevent an unnecessary money panic.

The Fed we were promised can be summarized in "Bagehot's dictum."  Walter Bagehot summarized good central banking practice as "in a crisis a central bank can lend freely but only against good collateral and only at high rates of interest."  The concept was solvent firms - with sound, wealth producing assets - would be willing to borrow money, even at high rates, to manage a temporary shortfall of cash or temporary economic downturn.  In contrast, unsound, speculative businesses - whose unsoundness was starting to manifest itself in poor business performance - would be unwilling to borrow money at these same high rates.  By only providing credit to sound businesses, Bagehot's dictum helps to ensure profitable businesses have sufficient access to credit without giving rise to a false, speculative boom built on cheap money.

However, the passive Fed we were promised isn't the Fed we received.  From the beginning the Fed attempted to micromanage the economy and direct it towards an outcome it was, (somehow), uniquely able to judge best. Basically, the Fed assumed a role it was never given - that of central planner.  In its role as central planner, the Fed played an enormous role in causing the Great Depression, the ruinous inflation of the 1970s, the tech bubble, the housing bubble, today's everything bubble and today's unprecedented concentration of wealth.  That the Fed would be the source of so much economic chaos as it attempted to centrally plan and micro-manage the economy is unsurprising.  A system of central planning is based on fallible human beings not making mistakes, and is thus doomed to failure; just like the Concorde.  Because of its fatal flaw, the aviation authorities had the good sense to ground the Concorde.  Its long past the time for today's activist, central planning Fed to have its 'license to operate' revoked.