A few weeks ago the careers - and salaries - of Richard "Whistling Dick" Wright and Hank "The Hammer" Paulson were compared.  Whistling Dick was a mule-skinner and played a significant role in bringing water to Los Angeles.  "The Hammer" was educated at Dartmouth and Harvard, and became CEO of the world's largest investment bank, Goldman Sachs.  It was shown that in spite of his humble salary and lack of anything resembling a formal education, Whistling Dick did much more to advance society than "The Hammer."  The contrast between the contributions of these two men and their salaries is reflected in the greatly increased concentration of wealth that has been on-going since the 1970s.

More generally, this concentration of wealth is in complete contradiction with perhaps capitalism's greatest engine of wealth creation - the division of labor.  By allowing the production of goods to be broken down into a series of steps, these steps can be optimized and production can be greatly increased.  A natural corollary of the division of labor - where no one person or even one company will be completely responsible for the production of any economic good -  is wealth should be more widely dispersed to better reflect the enormous collective effort behind any "real" creation of wealth.  The fact that the exact opposite has been going on for decades proves - beyond a shadow a doubt - that the problems with the US economy are systemic and have nothing to do with capitalism.(1)

Perhaps the best example of the power released by the division of labor is provided by what is arguably mankind's greatest achievement - the Saturn V rocket and putting human beings on the moon.  The Saturn V's first flight was made 50-years ago this November - something to keep in mind when someone claims that today's advancements in computers are somehow unprecedented.  The Saturn V required contributions from an enormous number of men and women from all sorts of backgrounds.  Not only were the inputs of engineers and scientists needed, but skilled craftsmen and technicians as well.  Included among these skilled "technicians" were surfers from Seal Beach, California.

The Saturn V rocket included three stages, and the second stage was built by North American Aviation in Seal Beach, California - the quintessential southern California surfer town.  The second stage rocket burned liquid oxygen and liquid hydrogen.  These materials are cryogenic and have to be at temperatures around -300 F to remain liquid at atmospheric pressure.  These extremely low temperatures required the rocket structure to be very well insulated.

During the development of the rocket, the North American engineers had a very difficult time keeping these liquids at their cryogenic temperatures.  While the engineers had selected the correct type of insulation to use, they were not properly applying it to the rocket's exterior.  It turned out that the insulation material - which was based on a honeycomb structure - was very similar to the material surfers used to make their surfboards.  It was only after North American, now part of Boeing, had hired a handful of local surfers that the insulation issue was solved.  The surfers were able to help solve a problem that the engineers alone could not solve.

The example here of the insulation problem experienced with the second stage of the Saturn V rocket is duplicated in every conceivable detail in all types of economic circumstances.  The notion that a few, select people are so critical to the success of a commercial enterprise that they merit salaries hundreds of times what anyone else might earn is transparently bogus and fraudulent -and the role surfers played in solving a critical problem on the Saturn V rocket proves it.

Don't just take my word for it; here are Gen. George Patton and St. Paul on this same topic.
Gen. Patton
"An Army is a team.  It eats, sleeps, lives and fights as a team.  All this stuff you've been hearing about individuality is a bunch of crap....Every man, every department, every unit is important to the vast scheme of things.  The ordnance men are needed to supply the guns, the QM to bring up the food and the clothes for us.  Every man in the in the mess hall, even the one who heats the water to keep us from getting diarrhea, has a job to do."

PS - If you like what you read, please consider registering with the site.  (It just takes an e-mail address.) This will give you complete access to the Confederacy of Dunces list as well as the Financial Crisis timelines.  Both of these are a treasure trove of information on the crisis and the long-running problems that led to it.

See the photo below for the Saturn V rocket in all her considerable glory.  The Saturn V was made without the internet, cell phones and only the most rudimentary computers.  Note the cars for some idea of the scale. 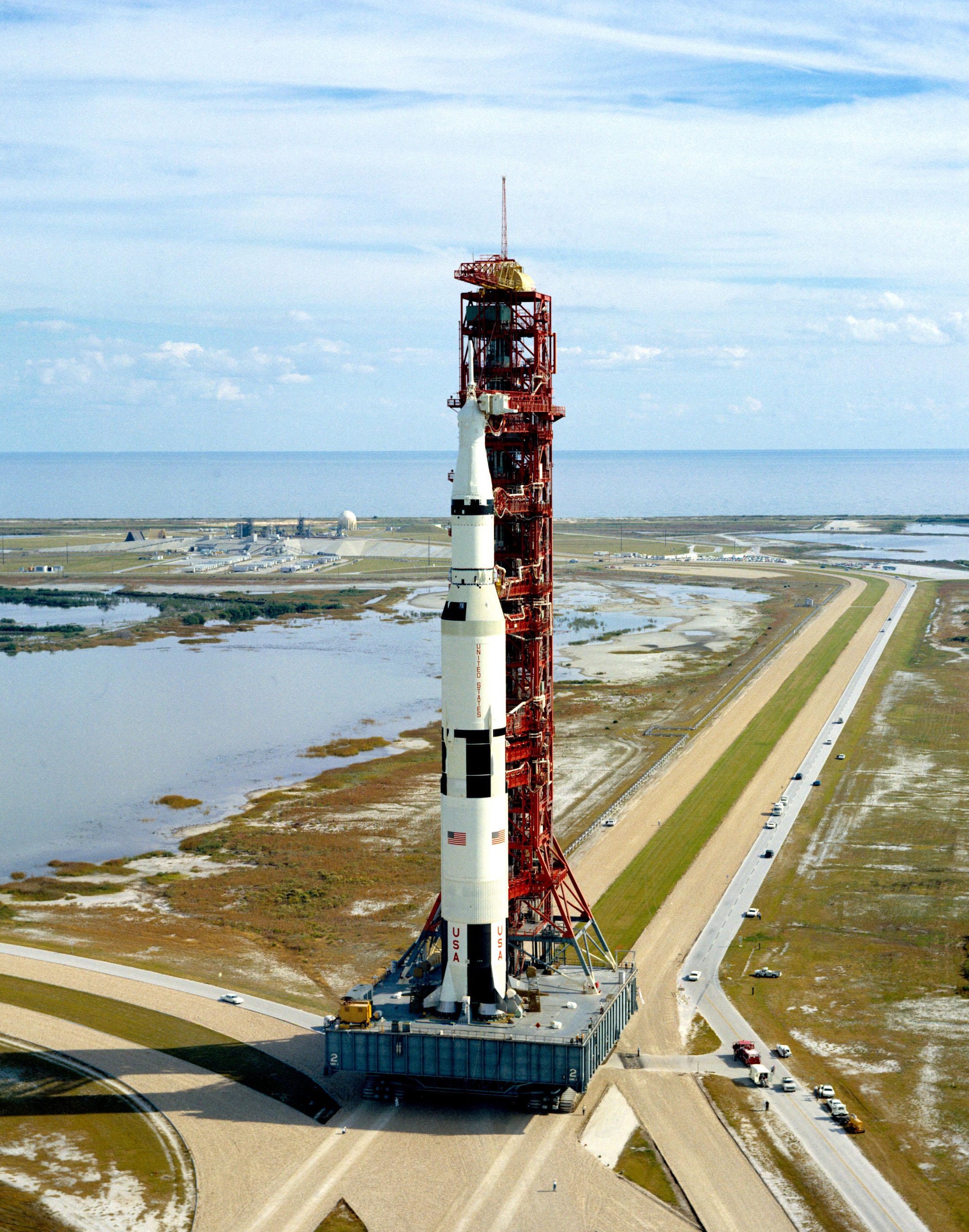 ENDNOTE
(1) The single-greatest reason for the enormous concentration of wealth is today's "active" central banks, and the thoroughly bogus economic theories emanating from places like Harvard, Yale and MIT that give these central banks an equally bogus academic imprimatur.  See any number of the blog posts for more discussion of this.