In fact, not only is indefinitely continuing exponential growth a necessary prerequisite for a carbon free grid by 2035, but so are these conditions; 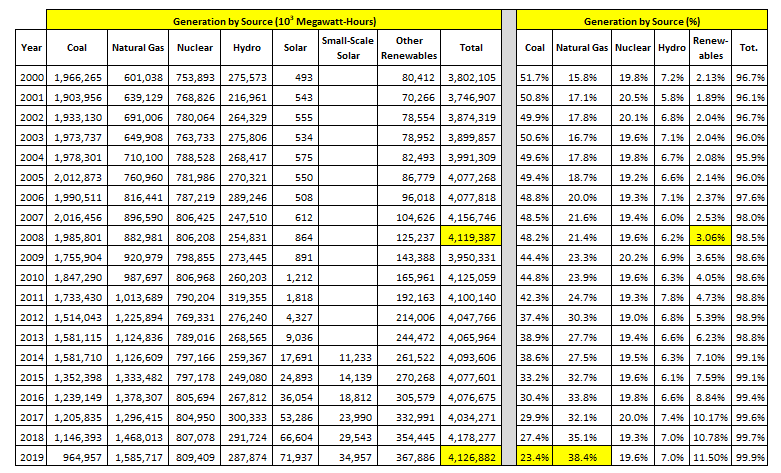 Table 1, which includes data from the Energy Information Administration, (3), describes how much electricity is generated in the United States and how this electricity is generated.  The data in this table, the yellow highlighted cells in particular, will be used for calculating how long it will take to decarbonize electricity generation.  For the discussion here, 2008 was established as the baseline year, while the amount of electricity that has to be decarbonized was based on 2019.  In 2019, roughly 61.8% of the electricity generated in the US required the burning of fossil fuels.  Note that among the 'carbon free' sources of electricity, renewable energy as wind and solar badly trails nuclear energy. (4)  Based on 2019 data;

Table 2 below summarizes the results of a calculation to determine the number of years it will take to increase renewable energy production to a total of 3,029,700x103 MW-hours. (5)  For the two most recent years - 2018 and 2019 - the length of time it will take to increase renewable energy generation by the required amount is increasing from where it was for the years 2010-2014!  Of course, this is the law of large numbers at work.  While more renewable energy is produced each year - which should reduce the time it takes to achieve carbon free electricity - it becomes more difficult to increase this electricity production by a large amount.  Because it is the annual rate of increase that drives the time to produce a carbon free grid, the end date pushes further out even as renewables form a a larger part of electricity generation.

CONCLUSION:
The goal of carbon free electricity by 2035 is not a serious goal.

ENDNOTES:
1.  The battery technology of choice remains lithium-ion.  Unfortunately, these batteries are at risk from 'thermal runaway' and exploding.  Once on fire, these batteries generate a witches brew of toxic chemicals while also generating additional volumes of flammable gasses.  Battery fires of this  type are very difficult to extinguish.  Recall also the teething problems experienced by the 787 Dreamliner aircraft when it replaced conventional lead-acid batteries with lithium-ion batteries to save weight.
https://www.fema.gov/case-study/emerging-hazards-battery-energy-storage-system-fires

4.  This article discussed the relationship between increased wind and solar energy generation and the reduction in operating nuclear plants.
http://www.the92ers.com/blog/electricity-housing-and-best-laid-central-plans-mice-and-men

5.  The equations below describe how the results in the table were calculated.  Essentially the total renewable energy for a particular year is used as A0.  The year over year increase in renewable energy production is used as the rate of increase, (r), going forward.  The values for A0 and r were then used to calculate how long it would take for renewables to reach A(t), or 3,029,700x103 MW-hour of generation. 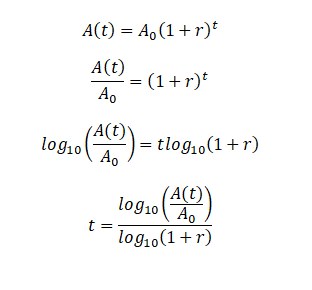